Conservatism: the heart of progressive reform 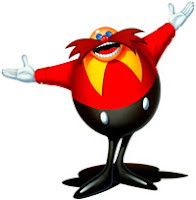 Teddy Roosevelt was by any measure a monstrous buffoon, an avowed racist and imperialist who saw war as a societal tonic -- only for the victor, presumably -- and fervently believed in American exceptionalism, empire and the flaunting of military might as the path to national greatness. While donning the mantle of progressive reform, Roosevelt left intact most of the financial trusts he was supposedly determined to bust, making a show of superficial changes to national policy designed not to rein in the power of the economic elite, which accepted and often championed the ostensibly liberal reforms, but to protect their interests from more radical calls for change -- and revolution. It is for these reasons, one can only assume, not because of them that Roosevelt is so fondly remembered by the bipartisan establishment in Washington, defining as he does the political class’ faith in “corporate capitalism” and a more “merit-based civil service” (read: Ivy Leaguers like them) as the key to progress, in the words of former George W. Bush speechwriter and current Washington Post columnist Michael Gerson.

Now Gerson, co-author of the phrase “axis of evil” -- yes, it took more than one person -- is the sort of power-worshipping hack only the Bush administration and the Post could love; the kind of man who could only thrive in DC, typifying as he does the condescending, nose-in-the-air Beltway attitude toward all the yokels who question whether people like them should really be expounding on, much less crafting, policy for a nation of 300 million people. If I spent the time responding to all his tedious, lifeless prose, it would be as lengthy and worthwhile endeavor as spending the rest of my life electing more and better Democrats in the pursuit of Peace In Our Time. But, the dude makes a few good points, inadvertent though they may be, and obscured by heaping loads of smug derision for the so-called Tea Party movement and the “Beck/Paul platform” -- a conflation between Ron Paul, a non-interventionist libertarian, and Fox News’ Glenn Beck, a pro-war demagogue that has accused the former of treason, that displays a rather remarkable lack of attention to detail. The snide dismissal of the right-wing rabble, in this case for failing to worship at the altar the Rough Rider, is indeed so grating it's enough to make one want to head over to the nearest townhall meeting and, in a display of solidarity with the tea partiers, shout “Nazi baby killer!” at the county commissioners -- anything just so as to not feel any sort of sympathy for a stance held by Michael (obscenity) Gerson.

In the midst of heaping praise on former president Roosevelt and claiming those who would question his standing as a great man are engaged in an “ideological scrubbing” of history -- as if “history” is some sort of physical science, the prevailing view of which is not already heavily influenced by ideology -- Gerson does make an important observation: while ‘ol Teddy may have times sounded like a no-good socialist fighting for the common man, “it was Roosevelt's political purpose to avoid a revolution.” Rather than using state power to upend the existing economic order, he sought to preserve political capitalism -- the collusion of politicians and capitalists in the drafting of state economic policy -- and to use the guise of populism and “incremental reform to diffuse radicalism.” Though by no means “laissez faire,” Gerson observes that the use of the state to stave off threats to the ruling economic order and enhance the power of political elite -- my words, not his -- is well within “authentic conservative tradition”, acknowledging the lie of the GOP’s oft-invoked fidelity to the "free market."

The point is well taken: though Republicans claim to their base to represent an ideological counter to the godless Democrats, their "free market" policy proposals are without fail statist in nature. Likewise, while often cloaked in progressive rhetoric, much of what passes for liberal reform is conservative and reactionary in nature, crafted with an eye more toward preserving the status quo than overturning it. Reforms, such as they are, are intended to stave off calls for more radical, systemic change by making the existing power arrangement more sustainable, a few crumbs tossed to the poor and certain politically favored constituencies only so far as is necessary to prevent a couple thousand pitchfork and torch-wielding proles from showing up outside their elected representatives McMansions.

There are those who push for reforms with a genuine desire for change, of course, acting on the honest if naive belief that regulation can be enacted -- and implemented -- along the progressive lines favored by activists and policy wonks. But such reform efforts imply a strong belief in the underlying system and institutions to be reformed, and as historian Gabriel Kolko writes about the so-called early 20th century Progressive Era and the push to regulate various industries under Teddy’s reign, it was “big business [that] led the struggle for the federal regulation of the economy.” To be sure, “well-intentioned reformers often worked with them -- indeed, were often indispensable to them," he notes, but that "does not change the reality that federal economic regulation was generally designed by the regulated interest to meet its own end, and not those of the public or the commonweal.”

In a world of thousands of competing concerns, very few people are going to spend their time learning about, much less lobbying on, any given federal regulation. Attend a hearing about some regulation and, lo and behold, chances are most seats will be taken up by people with a direct financial interest in how the process unfolds. It’s a microcosm of politics, really. A company with a significant financial interest in the outcome of the regulatory process is, not surprisingly, going to care a whole lot more and dedicate both time and money to ensuring it helps shape the final result. Outside a few do-gooders and the occasional crazy, not many are willing to do that. Government regulation is an easy way for established interests to keep out upstart competitors, permits and licenses being much less of a financial burden to a large corporation, intellectual property laws -- laws that forbid the mixing of life-saving but “patented” chemicals and the unapproved use of images and ideas -- a clear example of established financial interests utilizing the political means to ensure a revenue stream, it being a much easier way of making money than competing with rascally new upstarts or actually producing something of some worth for society. Smart businessmen during Roosevelt’s time realized, though, that when the middle and lower classes were getting restless and increasingly receptive to calls for overturning the status quo, “the best way to thwart change was to channelize it.” And what better way to thwart demands for radical change than to channel them to the political system?

Have you followed the Senate lately?

Legislation that would genuinely help the public at large is non-existent, while even “reform” bills that upon reading appear to be anything but can’t seem to make it to the president’s desk. But uch troubles and concerns about arcane Senate rules were not apparent when Wall Street’s $700 billion slush fund was at stake, of course. Recent history in fact demonstrates yet again that when it comes to manipulating state power, the already wealthy enjoy one hell of an edge over those unable to afford high-paid lawyers and lobbyists. This is true now just as it was true during Teddy Roosevelt's time, when the former president observed that the “man of great wealth owes a peculiar obligation to the state, because he derives special advantages from the mere existence of government."

To most liberals and advocates of reform, the best way to address those "special advantages" the state affords the wealthy is -- and this should come as no surprise -- through more reform and regulation; more campaign finance laws, oversight boards and blue-ribbon commissions that experience has shown will undoubtedly be dominated by the same interests they are ostensibly investigating and regulating. The spectacular failure of reform efforts to arrest the trend toward ever-greater concentration of power and money in the hands of a few beckons us to contemplate a more holistic solution to the problem of the state and the influence of capital, but one that, as Thoreau would put it, can only be considered when the masses are prepared for it, when people come to grasp that they can get along just fine without the charlatans and hucksters who claim to represent them -- when violence and power come to be abhorred, not worshiped.

We have a ways to go.
------
*Sega video game designers knew what was up: the villain of the Sonic the Hedgehog games, Dr. Robotnik (pictured above), was purportedly based on America's 26th president.
Posted by Charles Davis at 11:30 AM