Sure he's a war criminal, but at least he didn't cheat on his wife!

In 2002, former North Carolina Senator John Edwards supported a preemptive war on Iraq that ended hundreds of thousands of lives and forced more than 4.5 million people to flee their homes. And according to his top political adviser at the time, he did so not because he thought the invasion was necessary to protect America – he was privately skeptical of that – but because he thought it would be good for his political career.

Edwards of course went on to be the 2004 Democratic candidate for vice president – because, not despite, of his support for the war. Even after it was exposed that he'd backed the bombing of poor brown people on the other side of the globe for purely selfish reasons, he made a serious run for the presidential nomination in 2008.

Only after it was revealed that Edwards porked someone who wasn't his wife did all good, patriotic Americans start hating on the sleazy bastard. That whole support for an unjust, immoral war he knew was wrong thing? Again: a feature, not a flaw.

Seriously, fuck you America.
Posted by Charles Davis at 11:31 AM 6 comments:

I'm so bored with the USA 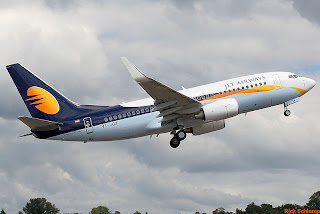 I'd tell you where I'm going, but I think I'll leave it to the next batch of WikiLeaks documents.
Posted by Charles Davis at 6:10 PM 2 comments:

Waiting by the phone

Matt Taibbi on the path to a prosperous career as a reasonable liberal:


First step: graduate Harvard or Columbia, buy some clothes at Urban Outfitters, shore up your socially liberal cred by marching in a gay rights rally or something, then get a job at some place like the American Prospect. Then once you're in, spend a few years writing wonky editorials gently chiding Jane Fonda liberals for failing to grasp the obvious wisdom of the WTC or whatever Bob Rubin/Pete Peterson Foundation deficit-reduction horseshit the Democratic Party chiefs happen to be pimping at the time. Once you've got that down, you just sit tight and wait for the New York Times or the Washington Post to call. It won't be long.