"When you can read an entire column by the Washington Post’s Howard Kurtz and never once feel the urge to cut out your own heart with a dull knife, you know that you no longer have the sense of outrage that is essential to reporting from our nation’s capital."

The rest is worth reading.
Posted by Charles Davis at 5:33 PM 1 comment:

Dear readers: I'm still alive (sorry to disappoint)! In fact, I pretty much spend all day now blogging for Change.org, interviewing medical marijuana dispensary owners and writing about torture, police abuse and fun stuff like that.

Check out my work here and send me nasty (or nice!) comments based on what you think.
Posted by Charles Davis at 3:31 PM 2 comments:

The siren call of electoral politics 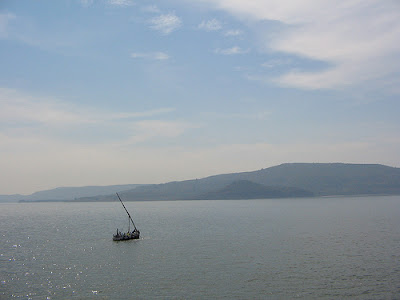 It happens every November (and sometimes it never goes away): otherwise seemingly intelligent people get stupid and put their faith in politicians who without fail will, predictably, betray them -- cut the "betrayed" crap, please. Each corrupt incumbent is replaced with a do-gooding reformer who, in a few years time -- sometimes longer, usually sooner -- become a carbon copy of the corrupt bastard they replaced. Liberal disappointment in Obama was preceded by conservative disappointment in Bush, which was preceded by liberal disappointment in Clinton, which was preceded by conservative disappointment in Bush, etc., ad infinitum, QED. It happens every time: soaring rhetoric and high hopes dashed on the rocks of political reality. For sure, each party has its rogues, its "mavericks" who will carry the torch of Truth and Justice, at least for a time, but they are the one-in-a-hundred exceptions to the rule -- I'm being generous with that ratio, mind you -- and invariably have no real power over the functioning of the State. Sorry Dennis, it's sad but true.

But come election time, millions of nice, almost sickeningly earnest people -- appearing to forget all this -- will head out to their local polling station to eagerly vote for one of two ideologically indistinguishable corporate-sponsored candidates, convinced not only that it matters, but that they are fulfilling their greatest civic duty (as some even love to patronizingly lecture their peers -- yeah you). The one saving grace of the election season, at least in the United States, is that the majority of the public doesn't bother to participate. Most people it seems wisely prefer, to paraphrase George Carlin, the comfort of masturbating in their home to getting off the couch for the masturbatory ritual of casting a vote in a race to decide whether Kang or Kodos get to call the shots.

That's not to say the passivity demonstrated by the average American is something admire either, though. The problem with electoral politics isn't that it gets people engaged in their communities -- that's a good thing; it's that it diverts any enthusiasm there might be for affecting real social change into places like Congress and the White House, where good ideas and basic human decency go to die. The great Emma Goldman expounded on this theme in an essay she wrote back in 1917, a piece that is both comforting to my mind because it illustrates mindless subservience to politics and politicians isn't a maddening phenomenon unique to our times, but also -- and for the same reason -- incredibly, profoundly depressing.


One has but to bear in mind the process of politics to realize that its path of good intentions is full of pitfalls: wire-​pulling, intriguing, flattering, lying, cheating; in fact, chicanery of every description, whereby the political aspirant can achieve success. Added to that is a complete demoralization of character and conviction, until nothing is left that would make one hope for anything from such a human derelict. Time and time again the people were foolish enough to trust, believe, and support with their last farthing aspiring politicians, only to find themselves betrayed and cheated.

It may be claimed that men of integrity would not become corrupt in the political grinding mill. Perhaps not; but such men would be absolutely helpless to exert the slightest influence in behalf of labor, as indeed has been shown in numerous instances. The State is the economic master of its servants. Good men, if such there be, would either remain true to their political faith and lose their economic support, or they would cling to their economic master and be utterly unable to do the slightest good. The political arena leaves one no alternative, one must either be a dunce or a rogue.

Now if I had a chance to cast a ballot knowing my vote could defeat someone like Hitler, I wouldn't hesitate: I'd vote. And I don't see any problem voting on public referendums, like Proposition 19 in California to legalize marijuana, or even voting for congressional candidates, per se. Casting a vote can be a legitimate defense mechanism, and even a platform for spreading a movement's message. At the same time, though, it can also be a big 'ol waste of time and effort that'd be better spent organizing around issues and implementing change in your community independent of the state legislatures and city councils. And no, that doesn't mean Molotov cocktails. It means volunteering at your local soup kitchen instead of at the campaign headquarters for the latest charlatan begging for your vote, cleaning up your neighborhood yourself instead of complaining to some city bureaucrat about it. It could also mean, following the example of the employees at Republic Windows and Doors in Chicago, assuming worker control of a business whose owners have refused to pay wages owed.

What rejecting electoral politics doesn't mean, or at least doesn't have to mean, is embracing apathy or college sophomore nihilism, as some civic-duty (and simple) minded detractors might argue. No, if you want to peddle complacency, just tell people the problem is the politicians, not the governing institutions, and that everything can change! if you just get off your ass on November 2nd. Why? Because the unrelenting hype over elections pretty much guarantees the public will sit on its collective behind the other 364 days of the year, glued to the cable TV -- watching Tom DeLay go up against a five-year-old Border Collie in a surprisingly competitive battle of wits (the Border Collie only won by single digits) and some kids from Jersey exploring the many ways to kill a brain cell -- while waiting on some asshole congressman or president to change their world for the better.

And really, if you want an apathetic public you couldn't do much better than the system we have now.