Why I should be a vegetarian (but I'm not)

I've been thinking a lot lately about eating my dog. Like, a lot a lot. Except, it's not that I really want to coat him in a layer of barbecue sauce and give him a good spin in a rotisserie oven, it's that I don't want to do that. And I can't think of any principled rationalization why. 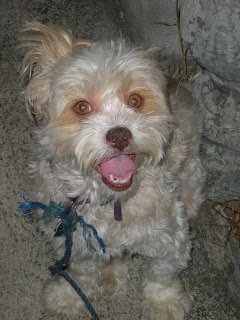 Oh sure, I can point to the things I like about my dog that give me pause when I think about devouring him. Most days they even exceed the things I dislike about him, typically depending on the number of Nicaraguan children (“Nica Nuggets”) he himself has tried to devour that day. But besides his better-than-average cuddling ability, there's really not a whole lot that separates him from something I'd eat for dinner. Like a pig.

Living in Nicaragua really drives that point home. Visiting the island of Ometepe, for instance, you'll see giant 300-pound pigs in people's front yards just hanging out. Ya know, livin' the pig life. Sometimes they'll even be playing or cuddled up with the family dog. In El Gigante, a beach town in the southwest of the country, I recall seeing a litter of playful little piglets that I first mistook for puppies – you know, the equally intelligent and sociable little fellas we're supposed to go “awww, oh my god look at them, look at them!” over. But they weren't puppies, of course. They were future bacon.

I didn't eat pork for a week.

On the one rationalizing hand, you could argue that the living conditions of these piggies is much better here in Central America, so no sweat. Yeah, they're still slaughtered for food, but at least they get to live a portion of their lives outside of the confines of a cage. It sure as hell isn't like the massive corporate-agriculture facilities you'd find in the United States. So go ahead and eat that pork chop without guilt.

And for what? We know we as human beings can live without eating meat. We know we don't need to eat one of the most clever creatures in nature to survive. But we do anyway. Because it tastes good.

Part of me says that's okay, that I'm just being over-sentimental. Look at the animal kingdom, the meat-loving part of my brain says: animals eat other animals all the time. Like, it's what they do. So that pulled-pork sandwich? It's no big deal, bro. Things die, we eat them. Hell, while visiting the otherwise cosmopolitan-ish city of León in northwest Nicaragua, I witnessed a dog gnawing on a horse's severed leg -- all three feet of it -- a site so revolting I couldn't help but laugh. So quit getting all weepy about the cycle of life, buddy, 'cause dude? You're weirding out the other customers. 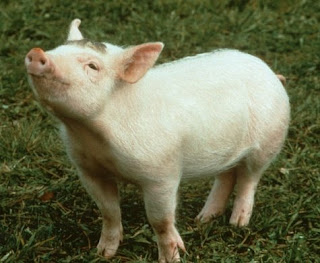 At the same time, though, I feel bad about it. And when I read folks referring to sentient beings as little more than property – things that may be killed based on the whims of some dead crazy woman whose will stipulated that her cats die with her – I can't help but be horrified. If we're really the superior species we claim to be, and we know we can get by without slaughtering less sophisticated species, what the hell does that say about us that we keep on doing it?

And yet, ultimately my decisions are no different than the guy ordering the meat lovers' pizza from Domino's Pizza Hut. I have twinges of guilt, yeah, but I continue eating animals that, in different circumstances, I might put a leash on and dress up in cute little outfits. Why? Because they taste good. Because that's what I grew up doing. Because I'm too lazy to explore the alternatives. What does that make me? I'm not sure, but I know I'm not any better than the person doing the dirty work of leading these animals to slaughter. And when I look at my dog I know that, under different circumstances in a different culture, it could be him being being served alongside my mashed potatoes.

Posted by Charles Davis at 4:00 AM