"American foreign policy is much less casually violent than it was during the Vietnam War." 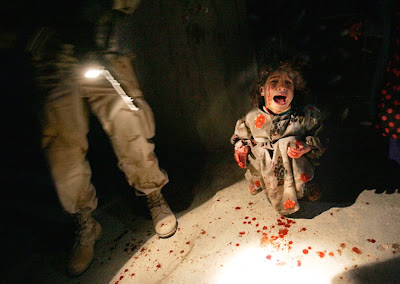 (An Iraqi child thanks U.S. soldiers for being deadly serious when they killed her parents.)

Deaths from Sanctions Against Iraq

U.S. Secretary of State Madeline Albright:
"We think the price is worth it."

Brookings Institution (July 2009): >600 ("That number suggests that for every militant killed, 10 or so civilians also died.")

Deaths in Other Random Wars We Barely Acknowledge Exist

Number of Fucks Given by a Certain Think Progress Blogger


Update: Yglesias is determined to make me feel bad about being mean to him.

Posted by Charles Davis at 4:44 PM