The casual corruption of the corporate media

Earlier this month Politico's Mike Allen broke the stunning-in-its-brazenness story of The Washington Post promising access to top Obama administration officials and its own journalists to corporate lobbyists in exchange for "sponsorships", to the tune of up to $250,000, of off-the-record "salons" hosted at the home of publisher Katharine Weymouth. This revelation provoked a justifiable outrage even in establishment journalism circles, as news organizations are typically expected to at least maintain the pretenses of editorial independence. But as highlighted by MediaBistro, no such outrage has been forthcoming from Cathy Merrill Williams, publisher of The Washingtonian, a pretentious DC rag that purports to be "the region’s top source of information for dining, shopping, entertainment, and personalities."

Rather, Williams defends the Post's Weymouth for trying "something new" -- "All businesses make mistakes especially when searching for a new business model" -- and takes to task those "sanctimonious", "naval gazing" journalists who "want immunity from thinking about business" and dared criticize the innovative Weymouth for seeking to save the institution of journalism. In the process, however, Williams reveals just how sickeningly incestuous establishment Washington can be; indeed, the entire defense of Weymouth reads as little more than an attempt to get invited to the Post publisher's next cocktail party. Consider the following lines (complete with bullshit non-sequitur) defending the Post's efforts to sell access to "those powerful few", which Williams dismisses as but a harmless attempt to "reinvent an institution in an industry that is crumbling":

The fact is there is a great demand among advertisers to meet in small group settings of all kinds - not just to try to affect legislation, but to sample a new vodka or hear about a resort. Rather than dissect who sent what email when at the Post, perhaps the reports should spend some of their time, energy and talent figuring how to responsibly tap into new revenue streams including live events.

I suppose Williams believes this defense of the coziness between the major news media and their corporate backers exonerates the publishers of elite -- and failing -- publications like her own (she, like Weymouth, is also a legacy hire), but to people outside the DC bubble the idea of journalists and advertisers meeting after hours to sample fancy new liquors and to talk about their recent trips to the French Riviera probably does little to reassure them that the media has their interests at heart, or is even aware of what those interests may be. Also, as a reporter myself, I'm more interested in all that truth-to-power stuff that is noticeably absent from Williams' dissertation on the future of journalism. But I take it that makes me part of the problem.

Still, I guess I should defer to the publisher of The Washingtonian given her publication's storied commitment to journalism, as evidenced by one of its most recent hard-hitting cover stories: 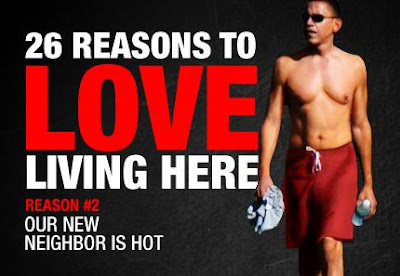 Posted by Charles Davis at 5:50 PM