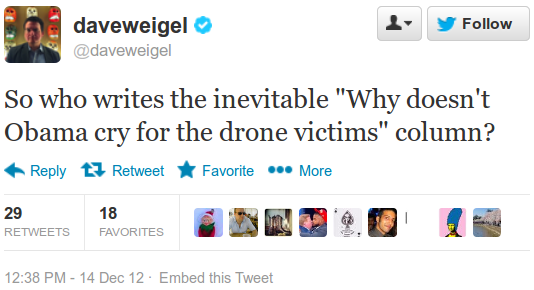 I like this tweet. I like it for a couple reasons. Here they are:
Postscript: I wouldn't write such a column for the simple reason that the murder of 20 children in Connecticut should not be about Barack Obama, though some liberals would like it to be.
Posted by Charles Davis at 10:47 AM