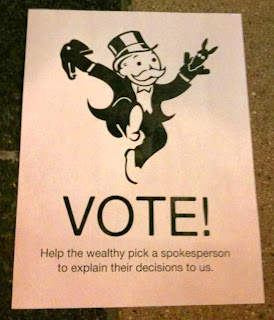 A clarification: I, of course, am an anarchist. But when Democratic politicians use the word, they're using it as a thoughtless slur -- like "nihilist" or "commie" -- not because they think occupiers are just inspired by the works of Emma Goldman and Peter Kropotkin.
Posted by Charles Davis at 8:55 AM