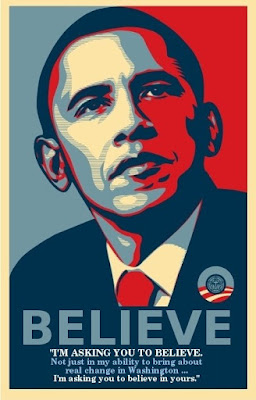 Israel's war on the Gaza Strip, one of the most densely populated  and impoverished areas in the world, has now killed almost 350 Palestinians (and probably more by the time you read this):

GAZA CITY (AFP) — Warplanes pounded Gaza for a third day on Monday as tanks stood by to join the "all-out" war Israel vowed would wipe out Hamas, as the death toll rose to 345 and militants responded with deadly rocket fire.

Israel made it clear the offensive was just beginning, even as UN chief Ban Ki-moon called on world leaders to work urgently to end the "unacceptable" violence.

Defence Minister Ehud Barak, who has threatened to launch ground incursions alongside the aerial blitz, said Israel is in "an all-out war with Hamas and its proxies."

With Israeli tanks idling just metres (yards) away from Gaza, the army decreed the area along the border a closed military zone -- a move that in the past has often been followed by ground operations.

"After this operation there will not be a single Hamas building left standing in Gaza, and we plan to change the rules of the game," said armed forces deputy chief of staff Brigadier General Dan Harel, quoted by the YNet News website.

"We are hitting not only terrorists and launchers, but also the whole Hamas government and all its wings," Harel said.

Meanwhile, U.S. President-elect Barack Obama, elected on a mantra of change, is signaling that there is little hope his administration will give serious thought to reconsidering the U.S. government's reflexive, unflinching support for whatever brutal, short-sighted and counterproductive policies the state of Israel pursues:

Obama Defers to Bush, for Now, on Gaza Crisis

WASHINGTON — When President-elect Barack Obama went to Israel in July — to the very town, in fact, whose repeated shelling culminated in this weekend’s new fighting in Gaza — he all but endorsed the punishing Israeli attacks now unfolding.

“If somebody was sending rockets into my house, where my two daughters sleep at night, I’m going to do everything in my power to stop that,” he told reporters in Sderot, a small city on the edge of Gaza that has been hit repeatedly by rocket fire. “And I would expect Israelis to do the same thing.”

Now, Mr. Obama’s presidency will begin facing the consequences of just such a counterattack, one of Israel’s deadliest against Palestinians in decades, presenting him with yet another foreign crisis to deal with the moment he steps into the White House on Jan. 20, even as he and his advisers have struggled mightily to focus on the country’s economic problems.

Since his election, Mr. Obama has said little specific about his foreign policy — in contrast to more expansive remarks about the economy. He and his advisers have deferred questions — critics could say, ducked them — by saying that until Jan. 20, only President Bush would speak for the nation as president and commander in chief. “The fact is that there is only one president at a time,” David Axelrod, Mr. Obama’s senior adviser, told CBS’s “Face the Nation” on Sunday, reiterating a phrase that has become a mantra of the transition. “And that president now is George Bush.”