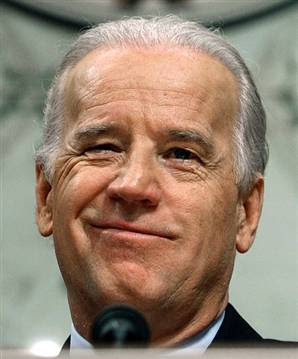 As a general rule, whenever I happen to read a column by the New York Times' David Brooks, I tend to find myself believing the exact opposite of whatever it is he is trying to tell me. After all, we are talking about a man capable of writing this sort of tripe:

So when David Brooks wrote that -- "for the good of the country" -- he was hoping Barack Obama would choose Joe Biden to be his running mate, I needed no further confirmation that the now-confirmed Obama/Biden 2008 ticket was the establishment pundit's wet dream. For while both Obama and Biden are critics of the Bush administration, they fully embrace the same inside-the-Beltway assumptions and beliefs about the role of U.S. military power in the world, but they also offer the advantage of being able to sell the goals of the U.S. empire with more credibility than the current emperor.
To those that love the idea of an Obama/Biden administration -- self-proclaimed "centrist" experts like Brooks and the people who fill respectable Washington think tanks -- Iraq was never an illegal or immoral war, but rather just a dumb one (or one that was merely "mismanaged"). That's why Biden is such an appealing choice to the television talking heads -- along with Obama, he promises to continue Bush policies like backing Israel's collective punishment of the Palestinians and expanding NATO to Russia's borders, but can do so with more class. In other words, an Obama/Biden administration offers a future of imperialism with tact, in contrast to the current White House's rather clumsy approach to international affairs.
With particular respect to Biden, he appears to be receiving much praise for his plan to divide Iraq into three countries along ethnic grounds. As typified in a post by Reason magazine's hipstertarian editor, Matt Welch, Biden's plans for Iraq are widely embraced by all very serious people because, 1) dividing Iraq along ethnic/religious lines requires some knowledge of the fact that there are ethnic/religious divides in Iraq, which places Biden ahead of most U.S. politicians, and 2) it appears proactive and less "defeatist" than merely declaring that the Iraq war was a criminal mistake and beginning to withdraw immediately.
For an example of the latter, witness Welch deriding Bill Richardson's out-in-a-year plan for Iraq as "pie-in-the-skying" (and Richardson himself as "just not particularly smart") -- despite the fact that his withdrawal plan is overwhelmingly favored by the Iraqi people themselves -- while Biden is praised as "pretty dang sharp" for his "layer upon layer of knowledge about the history, present, and future of Iraq" (who knew he was a prophet now too?). You see, it's just not serious to say the United States has no business being in Iraq, or that decisions about Iraq should be made by Iraqis, because bad things could happen after the U.S. leaves, or something. Just remember how many people died after "we" left Vietnam (and forget how many people died while we were there)!
While the country of Iraq is something of a fiction (as are ultimately all nation-states), its borders having been drawn up by it's previous Western invaders in the early 20th century, that isn't an argument for U.S. policy makers to compound earlier Anglo-errors by forcibly imposing a three-state solution on Iraq -- especially seeing as how that two-state solution for a neighboring conflict hasn't worked out so well. One would think a politician proposing a form of central planning from afar and further meddling in the affairs of others wouldn't appeal so much to the editor of a libertarian magazine, but foreign policy does make for strange bedfellows.
And of course, not that this would matter to the would-be micromanagers of a country on the other side of the globe, but the Iraqi people themselves also happen to abhor Biden's plans for breaking up their country. As Reuters reports:

Senator Joe Biden may be one of the only U.S. politicians that can get Iraq's feuding Sunni, Shi'ite and Kurdish politicians to agree. But not in a good way.

Across racial and religious boundaries, Iraqi politicians on Saturday bemoaned Democratic presidential contender Barack Obama's choice of running mate, known in Iraq as the author of a 2006 plan to divide the country into ethnic and sectarian enclaves.

"This choice of Biden is disappointing, because he is the creator of the idea of dividing Iraq," Salih al-Mutlaq, head of National Dialogue, one of the main Sunni Arab blocs in parliament, told Reuters.

"We rejected his proposal when he announced it, and we still reject it. Dividing the communities and land in such a way would only lead to new fighting between people over resources and borders. Iraq cannot survive unless it is unified, and dividing it would keep the problems alive for a long time."

So much for that much-praised, bipartisan, Senate-endorsed plan for Iraq -- as well as claims that Biden portends anything other than a liberal internationalist, "humanitarian intervention"-loving Obama administration. As Welch's Reason colleague Dave Weigel notes:

Biden isn't a hawk in the way that John McCain is a hawk. He doesn't look to military intervention as the first solution to every foreign policy trip-up. But he still wants the United States to solve them all. Darfur? Check. The embargo on Cuba? Check. NATO expansion and aid to Georgia? Check. Biden amplifies Obama's long-held, and well-disguised, neo-liberal foreign policy. If you were leaning toward the Democrats because you're tired of leaders bellowing and demanding action from the actors in every foreign flare-up, forget it. That's going to be Biden's job description.

In short: whenever the media and "conservative" and "liberal" pundits are all in agreement on a certain politician's foreign policy credentials, expect Lockheed Martin's stock price to jump upon their election.
Posted by Charles Davis at 8:09 AM