Mother Jones writer Josh Harkinson thinks the Occupy movement should get into politics. Democratic Party politics, to be specific. This is his article's money shot, the fact of the matter section around which the piece is based:


If May Day somehow leads to major political victories for Occupy, it will be the first time that an American social movement has caught fire without sending its own guys to Washington. "There really isn't any precedent for that," Michael Kazin, a Georgetown University professor who studies social movements, told me last month. Though politicians don't always fulfill their promises, history shows that social movements tend to advance when they help elect people who at least feel compelled to listen to them. Lyndon B. Johnson was not seen as a great progressive in the '60s, but his time in office coincided with the civil rights and anti-war movements. Obviously, the left hasn't fared as well under Republicans. 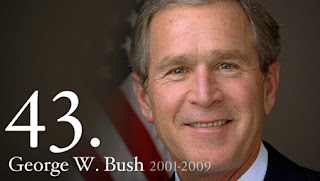 Gosh, I mean. Like . . . what? If the best evidence you have for your thesis that social movements, like the one opposed to the war in Vietnam, only advance by engaging in electoral politics is fucking hey hey LBJ, how many kids did you kill today?, you don't really have much in the way of evidence. And, not to point out the agonizing, tooth-pullingly obvious, but: guy, LBJ's term in office "coincided with" the rise of the anti-war movement not because the dude once opened for Hendrix and set a trend by burning his draft card, but because he massively escalated a war of aggression that proved terribly unpopular, particularly among those he was drafting but especially among those he was ordering to be bombed and massacred by a bipartisan coalition of future American presidential candidates.

In 40 years, one wonders, will an older and wiser Harkinson casually observe that George W. Bush was an under-appreciated-at-the-time "progressive" by favorably noting his role in the rise of the anti-Iraq war movement? Will Mother Jones finally credit Bush -- like Johnson -- with spawning a social movement opposed to the bloody, immoral war he was waging? Or will that bit of current contrarianism still be considered more of a Slate thing?
Posted by Charles Davis at 2:19 PM